How to Bring Up Money Concerns without Arguing

Think back over the last few conversations you had with your spouse … my guess is that close to half of those talks had something to do with money!

As I think through the last few days, Janeen and I talked about the cost of groceries … which store would be better to shop at … how much birthday money a child still had … the cost of summer camp for our kids … and much more!!

Money is such an important topic that nearly half of Jesus’ parables deal with it … and almost one in every seven verses in the New Testament discusses money.

If money is such a prevalent topic in life … then why does it cause such heartache in our marriages and lead to so many arguments?

1 – Talk about money ACCURATELY. Too many times we exaggerate the details … saying things like why do you spend HUNDREDS of dollars on a certain habit or activity … when it’s only $20 or $30 … leads to arguments, hurt feelings and frustration. Instead, sit down and accurately calculate where your money is going. Try out an online or mobile tool that can help track all your expenses. Get your facts straight before you begin the discussion.

2 – Talk about money SOFTLY. Your tone of voice will set the stage for the conversation. Make sure you’re not yelling … accusing … sulking … or speaking in the same voice you would use to reprimand your children! Proverbs 15:1 states, “A soft answer turns away wrath.”

3 – Talk about money THOUGHTFULLY. As a verbal processor, it’s a regular occurrence for me to say something before I think about it. Instead, ask yourself the question, “What do I want from this financial conversation?” Is it a discussion about spending habits … tithing … or something new that’s coming on the horizon? Then, plan where you’d like to see the conversation go. What outcomes do you expect? After you’ve prepared yourself, you’ll be ready to go.

By speaking accurately, softly and thoughtfully … you’ll soon find that instead of causing pain and arguments … conversations about money will grow the intimacy and unity in your marriage. 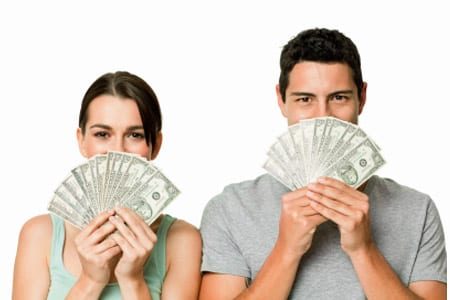