Has your marriage turned into the “Cold War?”

What happens when an avoider marries a confronter?

You have what Murray calls a “Hostile” couple; and they’re often engaged in a “cold war” marriage.  Let’s look at the definition of the word ‘hostile’:  “unfriendly … antagonistic … unkind … opposed or averse to … disapproving … and unsympathetic.”

Now let’s define ‘cold war’: “an intense ideological rivalry between two parties short of military conflict; sustained hostile practices and an atmosphere of strain between opposed parties.”  These are not words that you want to have associated with your marriage; but they accurately describe the “hostile” couple.

Earlier, we introduced the “Avoiders;” the couple who works hard to bury anything negative in their relationship.  They don’t talk about it because they don’t want any conflict … just a blissful co-existence.

Hostile couples are comprised of one spouse who is an avoider; while the other is a confronter.  One doesn’t want to address or express anything negative; the other wants to deal with problems immediately.  But as we all know … it takes two to tango … and to solve a problem.

Here’s how this plays out in a hostile couples experience.  A conflict surfaces:  Jenny, the avoider is afraid to talk about it.  Josh, the confronter, wants to tackle it now.  Jenny refuses to engage … believing this conflict will lead to a bad place.  Josh, frustrated and not wanting to crush Jenny, finally concedes and drops the subject.

The “Cold War” escalates.  Jenny refuses to talk about how she may really feel, and Josh just sees more and more unresolved conflicts piling up … forming a wall of bitterness.  Jenny senses Josh’s bitterness but is afraid to address it.  Josh shuts down resenting the fact that Jenny doesn’t care enough to deal with the problem.

Josh and Jenny don’t have loud and angry arguments; they cultivate and nourish something even more devastating … a cold indifference.  They grow hostile because they can’t resolve the deep issues of their hearts.  So they simply avoid each other, living very quiet, closed off, and distant lives.

Hostile couples need to understand that “There is no fear in love, but perfect love casts out fear.”  I John 4:18 (ESV).  Jenny needs to realize that dealing with conflict will force her to share her heart with Josh.  She may be afraid to reveal her true feelings because she doesn’t trust Josh’s love for her.  Josh wants to make sure that all of his words, actions and attitudes demonstrate his love for Jenny.  Avoiders often hear intensity as anger and disapproval.  Once Jenny and Josh believe that their love for each other will overcome all of their fears … they can begin to experience the type of marriage that God wants them to enjoy.

What are some of the “fears” that you have that keep you from totally sharing your heart with your spouse?

How can you demonstrate your love to you spouse so that he or she will not be afraid to be open and honest with you?

How does the devil use unresolved issues to separate couples?  Have we given him any footholds in our marriage?

Here are some other scriptures to think about:

Paul says in Ephesians 4: 25 – 27 “Speak truth to one another with his (spouse) neighbor, for we are members of one another.  Be angry and do not sin; do not let the sun go down on your anger, and don’t give the devil an opportunity.” 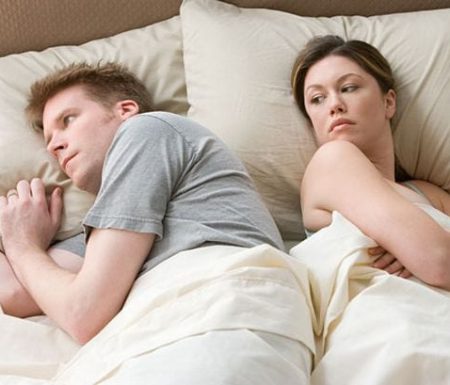